Protecting your driving rights is our Passion 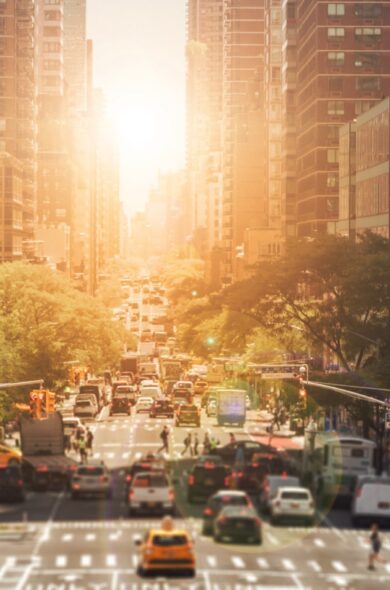 ​If you’ve received a ticket in New York City you know how infuriating it can be. A moving violation can cost you your license, your employment and can be financially burdensome. Hiring a New York City Traffic Violations lawyer can increase your chances of being found “Not Guilty”, and thereby decreasing points and fines associated with your license.

​Unlike most other places in New York, New York City does not offer plea bargaining, every ticket received in the five boroughs must have a hearing. At that hearing, the issuing officer will testify to the facts and circumstances surrounding your traffic violation before a judge. The judge will make an ultimate decision of whether you will be found guilty or not guilty. If your found guilty, points and a fine will be assessed. If your found Not Guilty then no points an no fines.

​Being found or pleading guilty to a traffic ticket can increase insurance premiums and can ultimately lead to a license suspension.

​Don’t leave your license to chance. If you’ve received a speeding ticket, red light ticket or any other common NYC traffic violation, we have the expertise and discipline to help protect your driving record. Contact us for a free consultation and find out how we can help you win your traffic ticket.

Why You should fight your ticket

Whether you plead guilty or are found guilty at hearing, the same points will be assessed. However, if you fight your ticket, you have the opportunity to be heard and the chance to be found Not Guilty. Most moving violations which are pled or found guilty carry points which can affect your license status, insurance premiums and result in hefty fines or assessment fees. We fight hard for each and every ticket we handle to avoid the consequences of a NYC traffic ticket.Gina M. Wicik has helped clients secure thousands of “Not Guilty” verdicts in New York City. You have a good chance of having your ticket found Not Guilty or Dismissed at a hearing with the right representation.

Why should I hire Gina M. Wicik ?

Hiring the right attorney to handle your traffic ticket can be detrimental. The Law Office of Gina M. Wicik, will make the process of fighting your New York City traffic ticket as uncomplicated and stress free as possible. We customize your defense and are able to appear in court without you having to take time from your busy schedule to appear. We understand the ins and outs of the courtroom, are well versed in the New York Vehicle and Traffic Law, and we use that knowledge and years of experience to win cases.

At the Law Office of Gia M. Wicik, we understand the seriousness of your traffic case and it is our goal to keep your license clean and point free. Call our experienced attorney at 516-253-4278 to find out how we can help you.

Let Us Handle it

With years of experience and in depth knowledge of the court system, we have the expertise to fight for you

Gina is a get it done kind of person she took the time to explain the legal language to me and what I was signing. She was direct and answered all my questions. I would definitely hire Gina again

Kickstart Your Defense
With a FREE Consultation

We Get the Results You Need